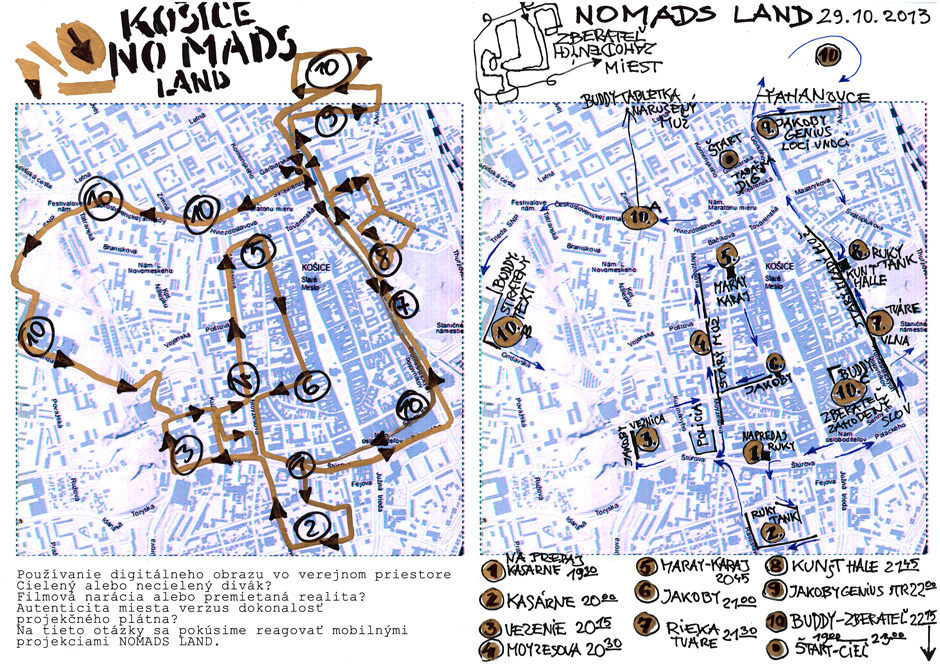 During the last October week visual team from Hopes and Memories project took a place in Košice, in east part of Slovakia. Artist from TRAKT and Mamapapa met there for three days and they focused on artistic creation of unique beamvertising projection, which was developed and screened in the night streets of Kosice last day of residency. Artists were during 48 hours discovering surrounding, suburbs, and historical city center to catch as much impacts as was possible.

During the Kosice Visegrad residency in first evening in the Tabačka Kulturfabrik placement artists presented theirs previous projects, inspirations and ideas. They also dedicated special part of talk to explanation about the vision of the common project Hopes and Memories. The discussion with audience after the talk was stimulating part and a crucial key to the upcoming artistic creation. Morning and daytime sessions were devoted to sharing different artistic admittances and progress in survey. After two days of creative session, visual team was able to present a public work in progress called Nomadsland.

With the help of locals, visual team discovered important informations about Kosice history as well as major leading figures from Kosice domestic art scene. Kosice environs was great material for researching. For example Alžbetina street is a pedestrian zone leading to the main street, where there is also a statue of Julius Jakoby immortalized in bronze signif by the famous sculptor Juraj Bartus. And he seemed to be exactly that person of Kosice, who we could take over as the visual icon of the city. Always hunched weirdo, passing through the city. Joining also the local graffiti scene, we followed iconic texts that accompany the Kosice inhabitants every day to work and almost in every street. This sentences were something as a open speech of the frank nowadays young society. All these sources were great inspiration for the resulting beamvertising. All the symbols, characters and metaphors were transposed to the hefty visualization.

The public event was held in the streets over three hours, and these moving images were reflection of our found property. Action called NomadsLand brought and kept strong and vibrant output, which will be useful for next residencies and also as a visual material for the final project. 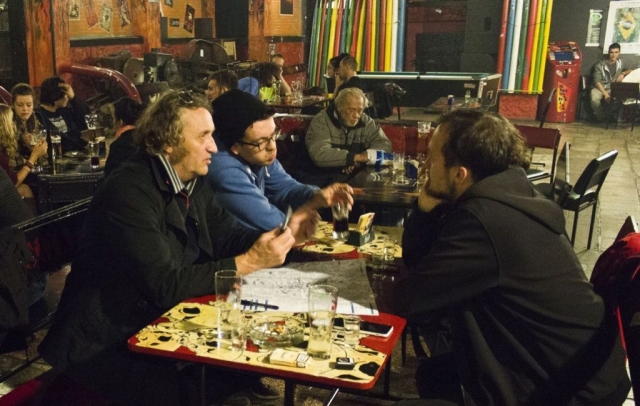 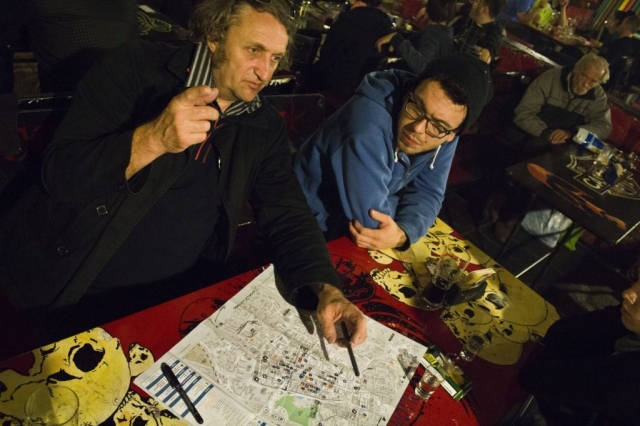 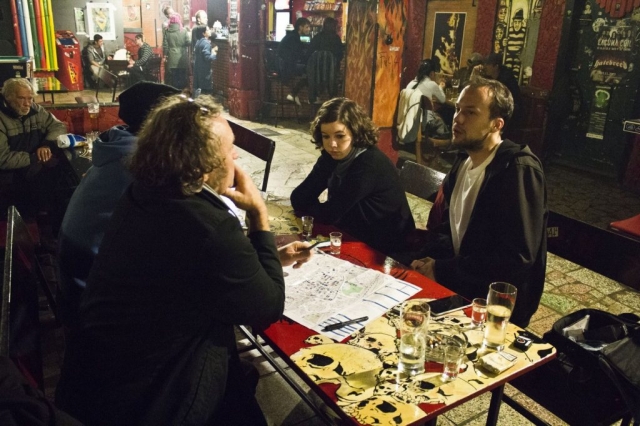 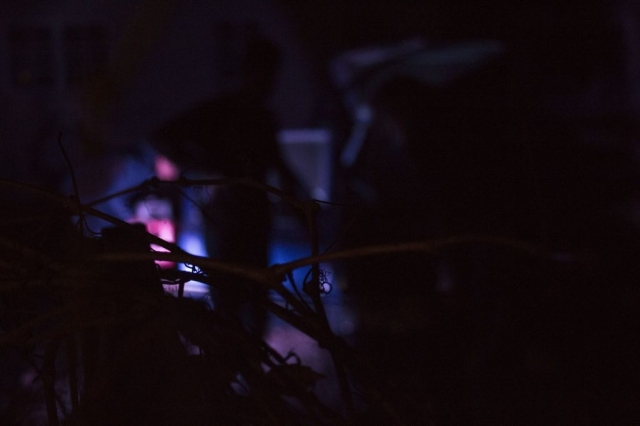 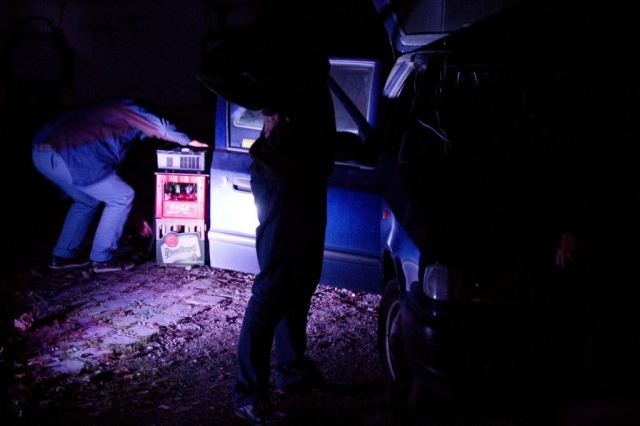 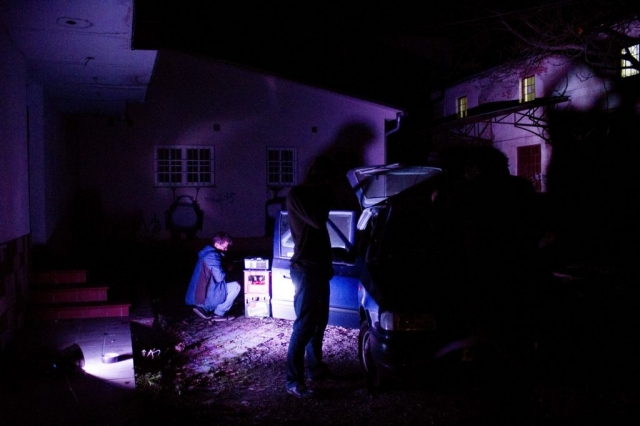 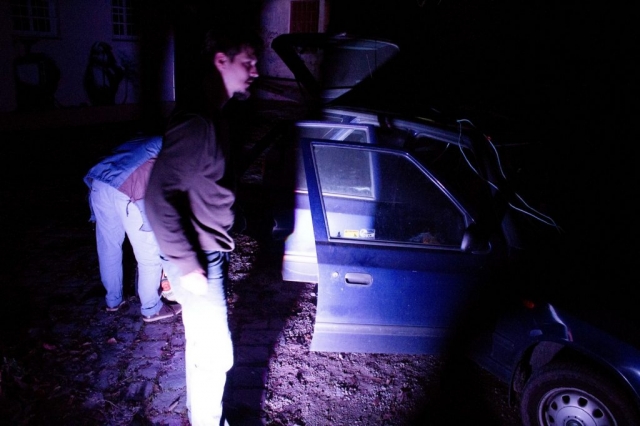 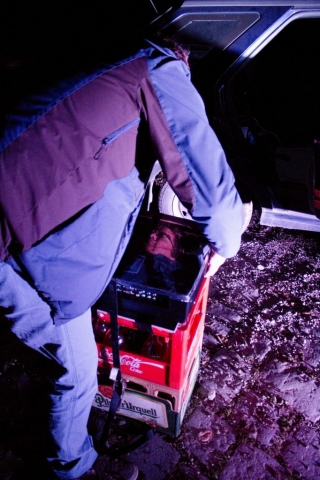 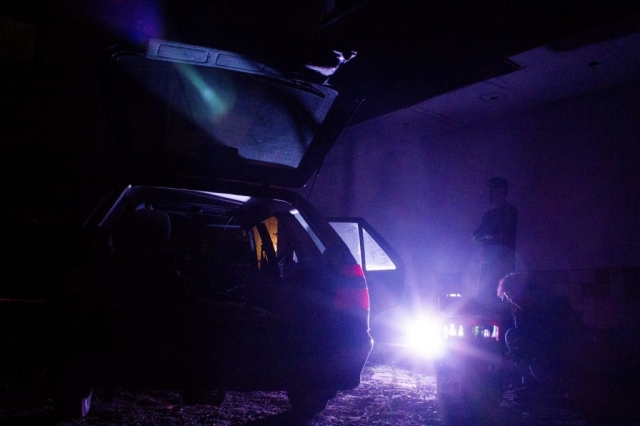 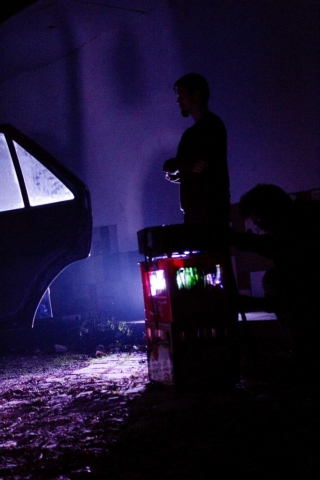 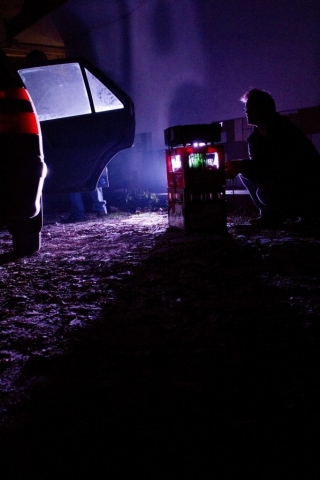 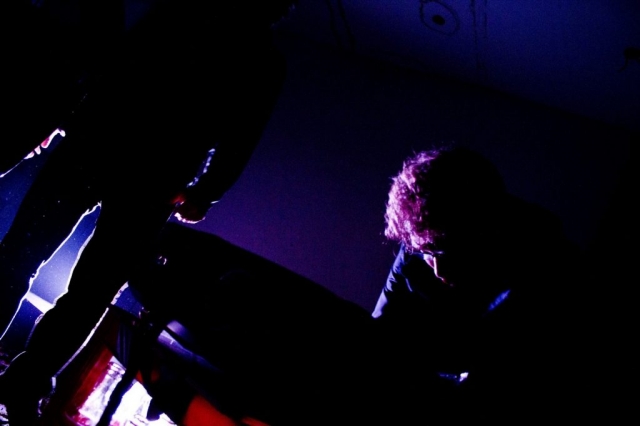 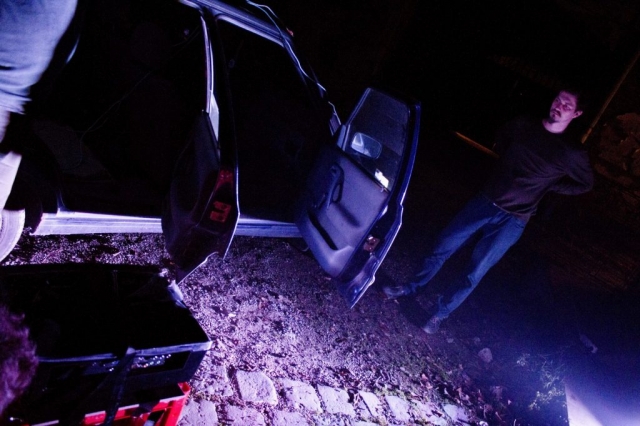 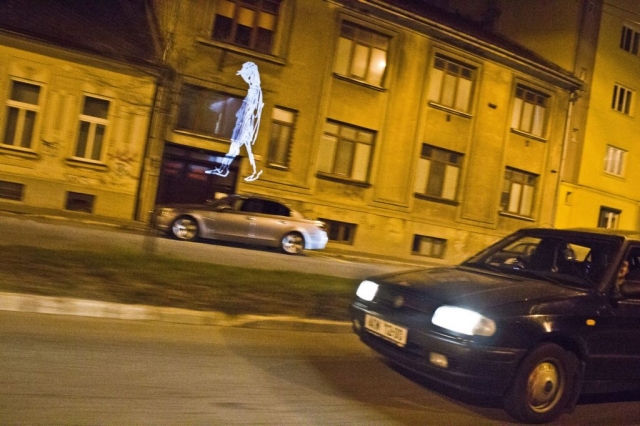 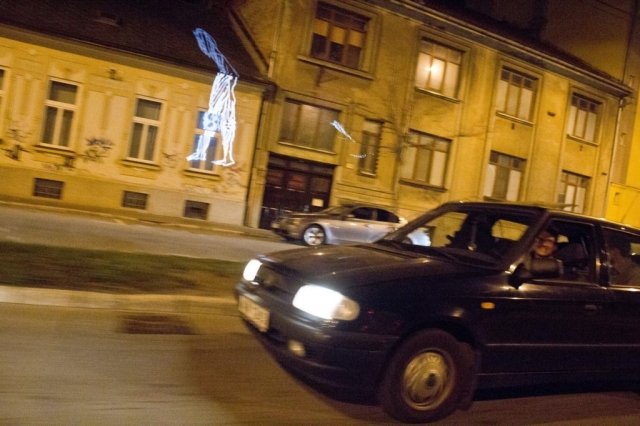 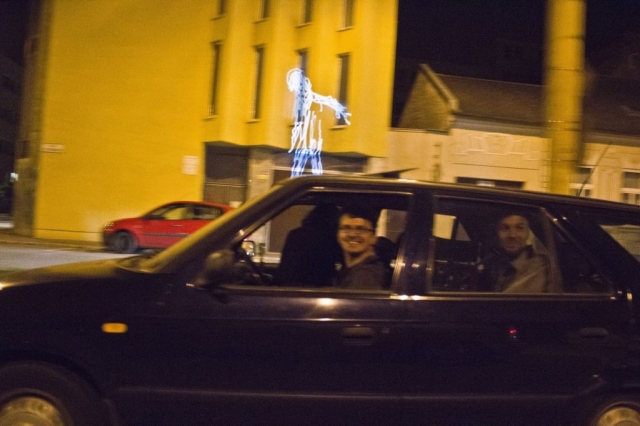 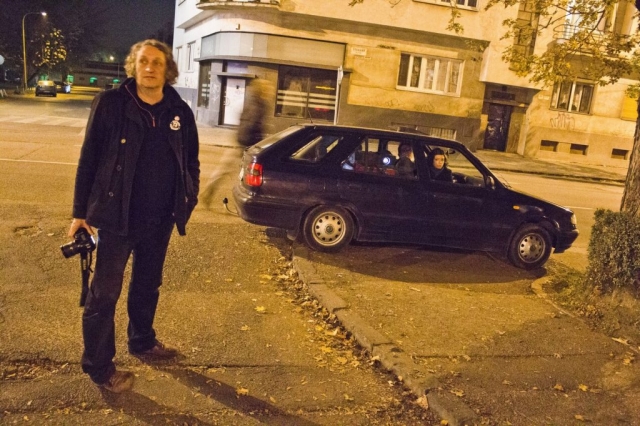 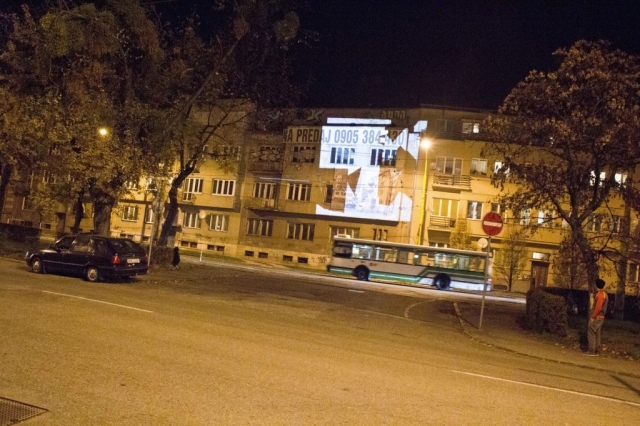 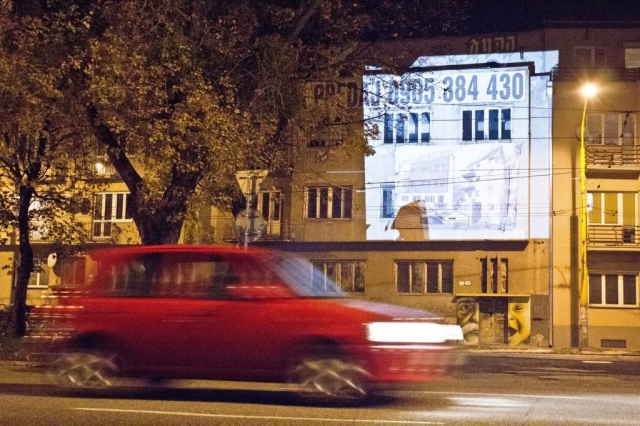 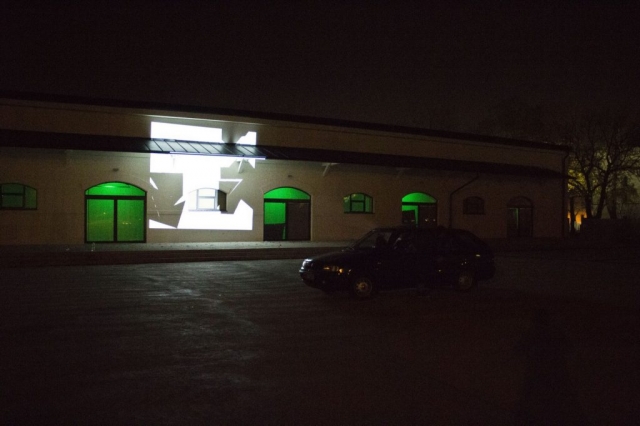 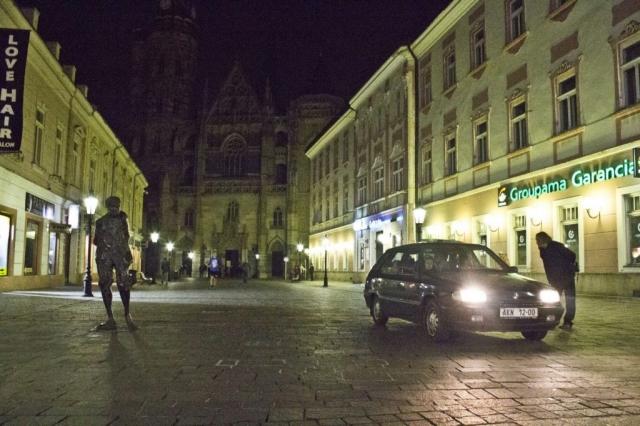 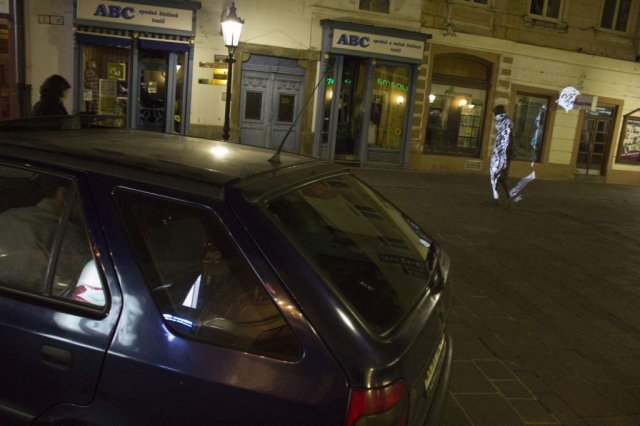 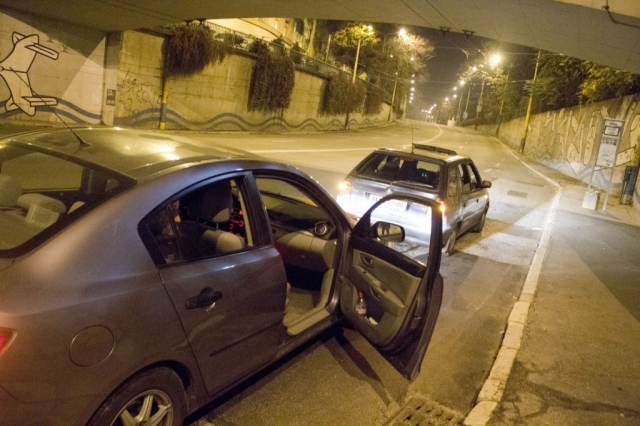 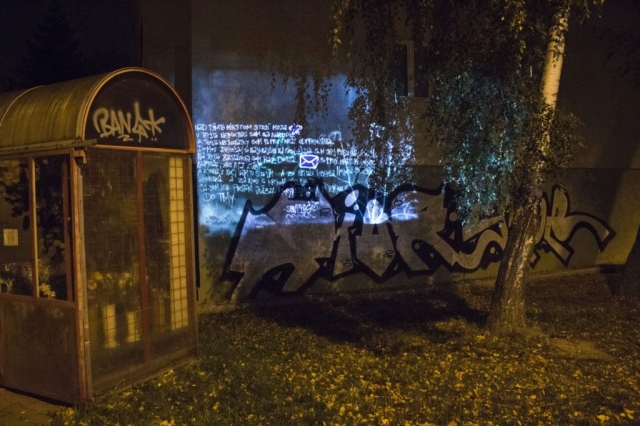 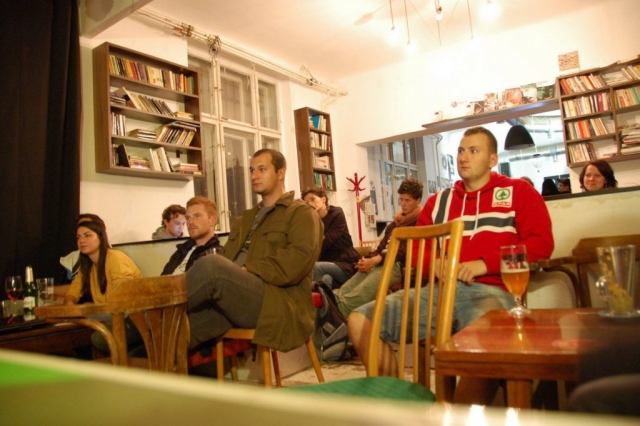 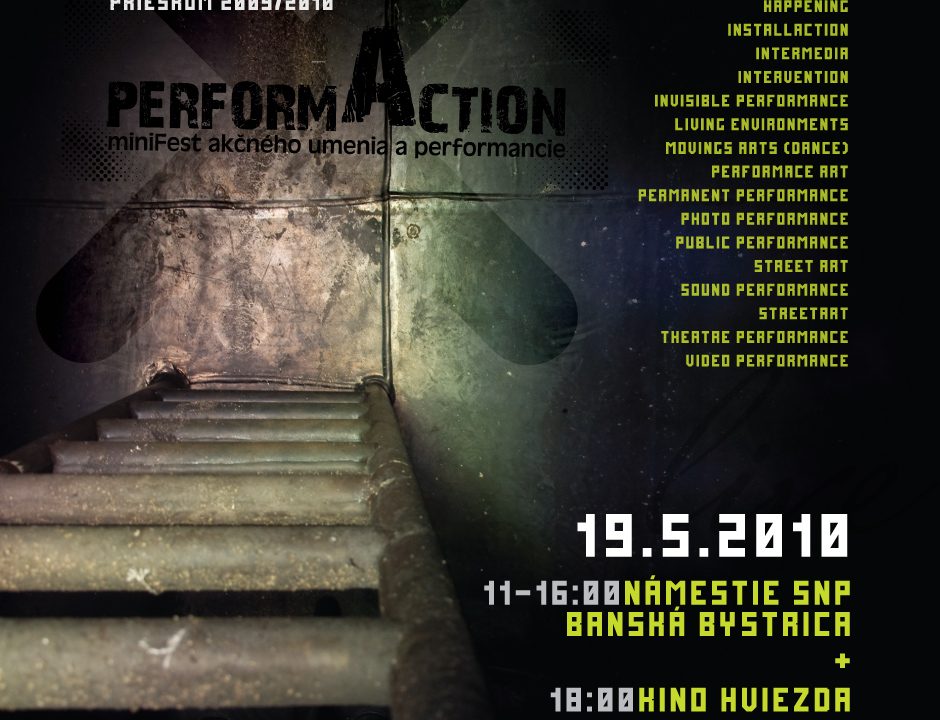 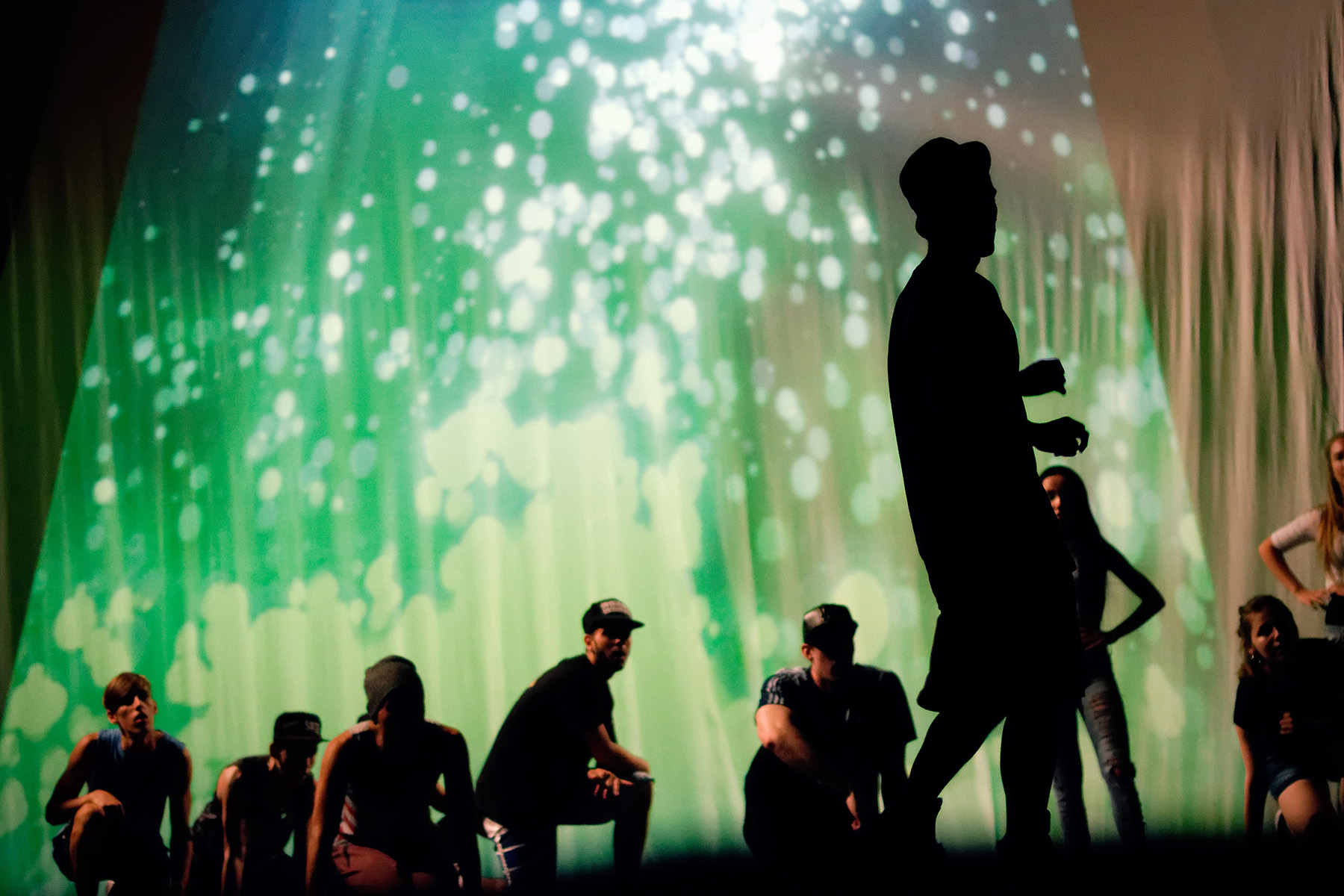