Once upon a time, there was a village 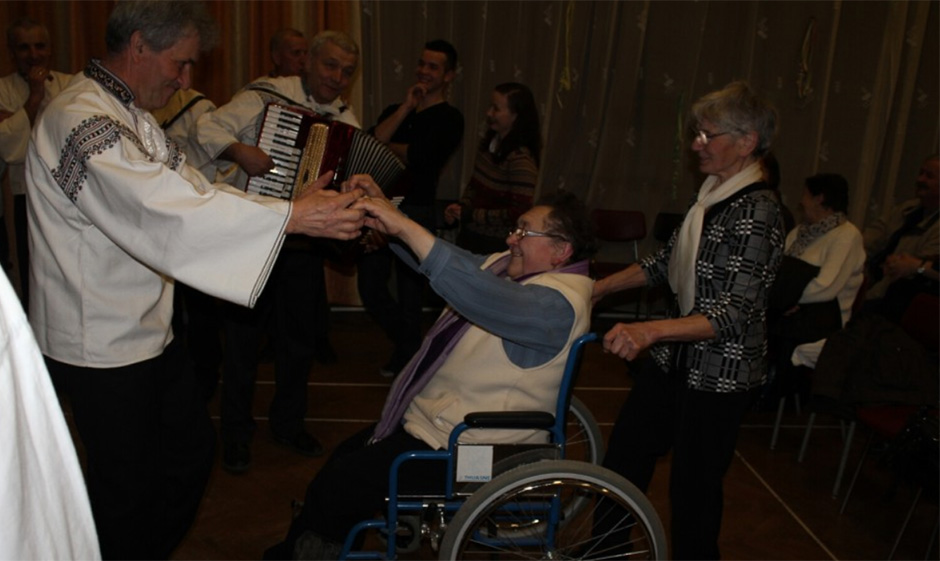 On March the 1st we screened timelapsed documentary film by Alzbeta Harry Gavendova (TRAKT) about her native village Opatova. She took part on local events during the last 6 years together with her camcorder and she made documentation and records. This year Alzbeta edited all her material and 75-minute film was born. This documentary shows traditions, which are held in Opatova during all the year and the author guides us through the original tradition since spring till winter. It begins with Carnival, continues through Easter traditions, but we saw also Feast, local volunteer´s fire club, local football club and everything is finished by Christmas carrols in the village. During the documentary you can also listen to the stories of old residents, who speak about their childhood and other antient stuff. “It is important to remember, where we come from – even if our steps direct far behind the broad of Opatova…”, tells at the very end of the film Alzbeta. The screening was led by Lukas Matejka (TRAKT) and Stefan Olis (TRAKT), as the technical support.

After the screeening, there was a little after party, where the local brass-band and accordeonists played some songs, people were eating traditional food and some of them also sang 🙂 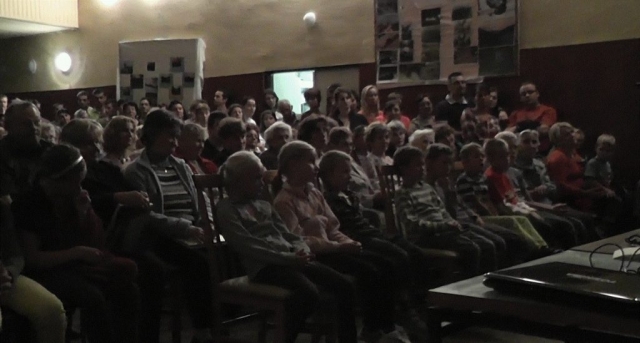 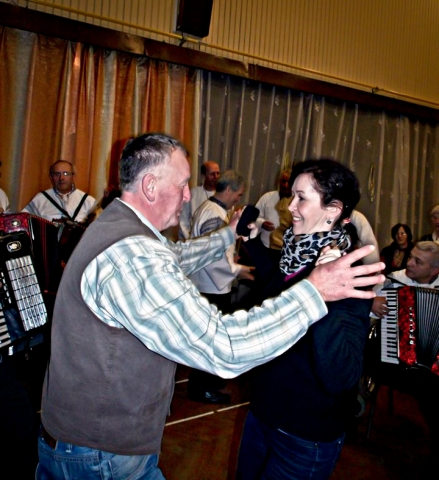 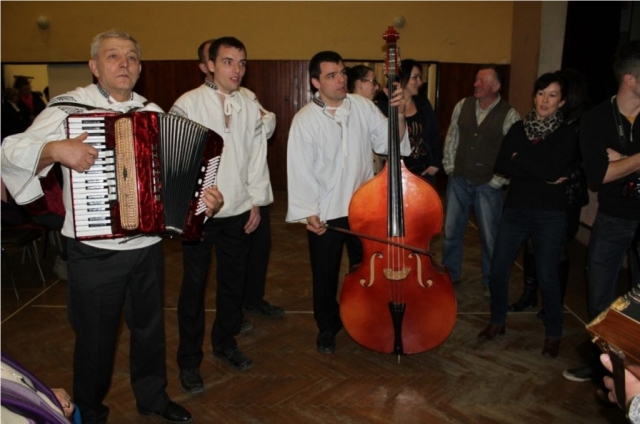 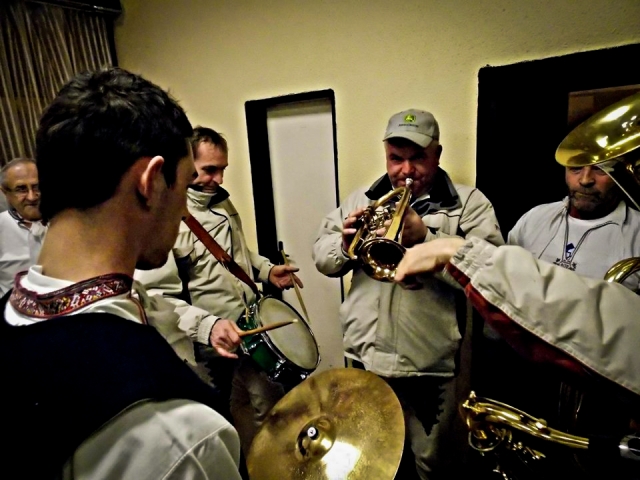 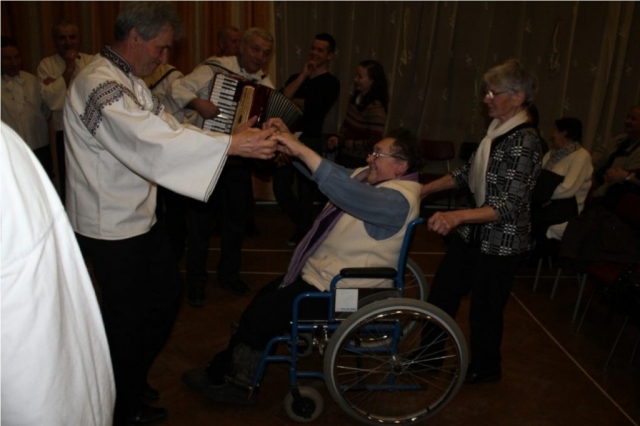 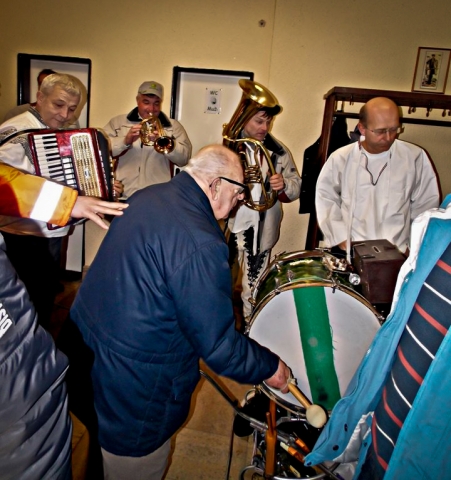 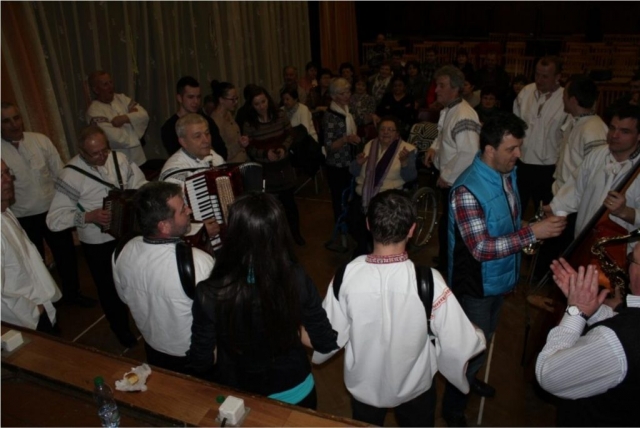 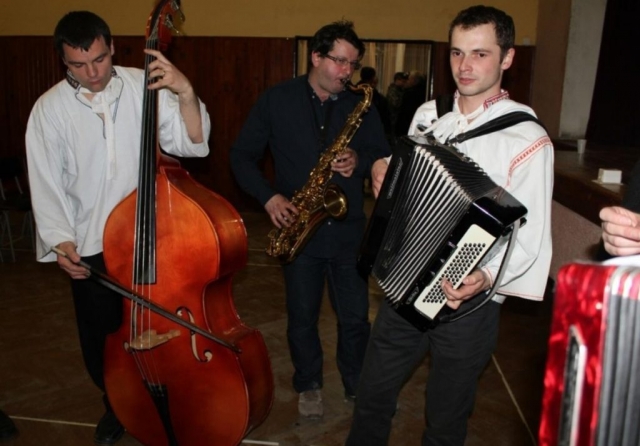 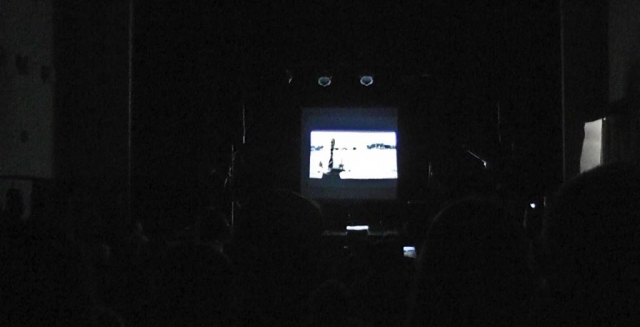 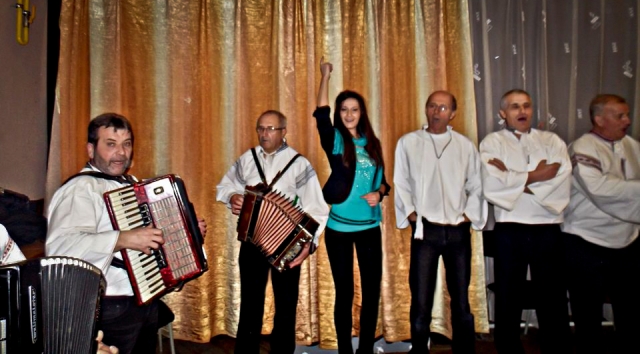 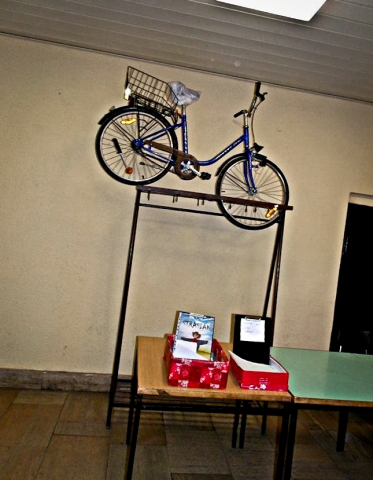 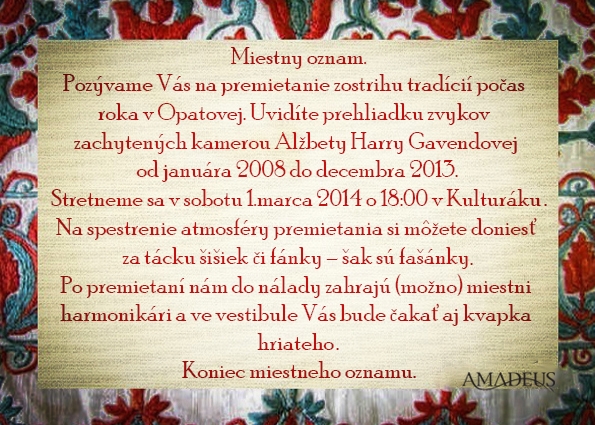 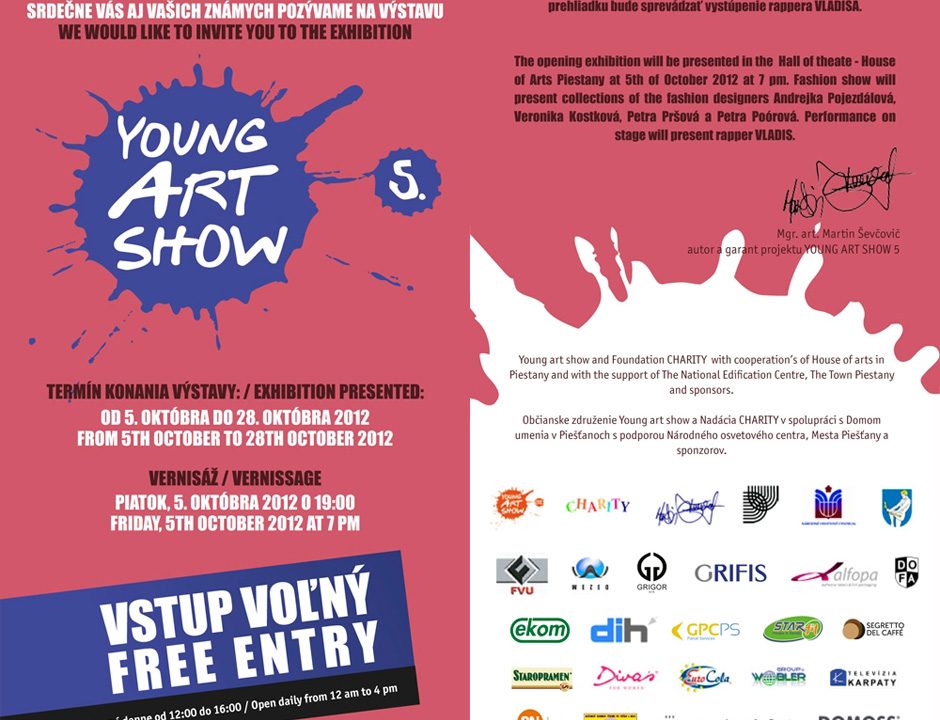 Competition of Photography and Film 2013 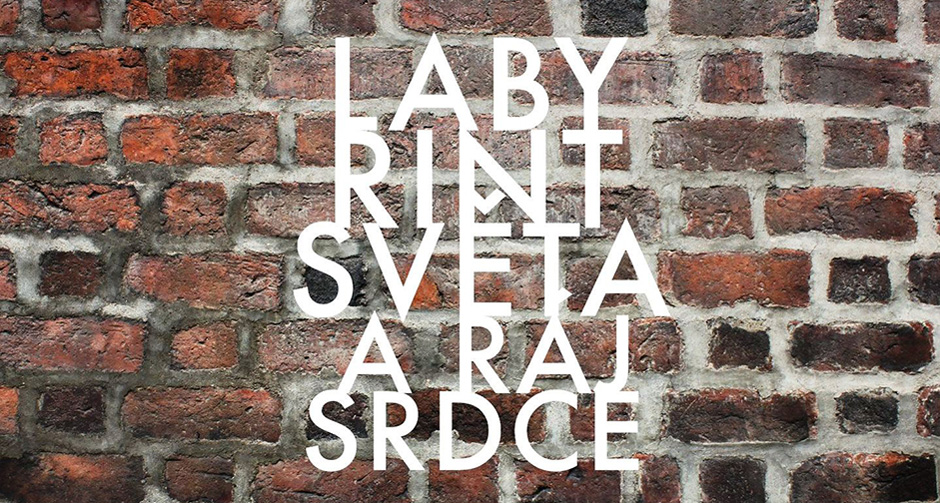