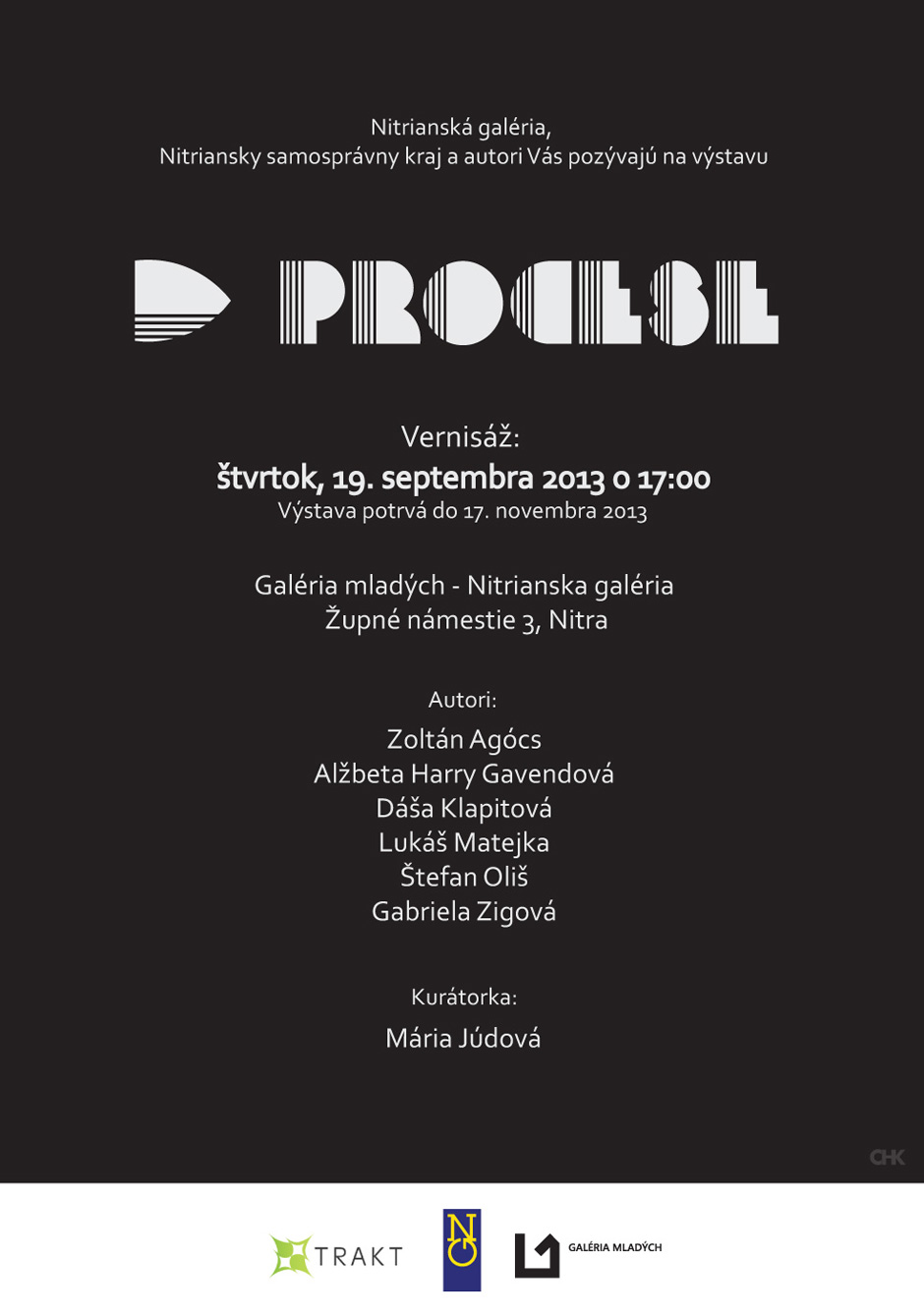 There is a process that leads to the origin of an artwork. Mostly it is called the process of creation. It is the activity performed by an artist and it leads to the goal, an artwork. The process of creation is inherently comprised in any artwork, the exhibition In Process, however, attempts to distinguish the creation and its result. Many artists often recollect that the road to the goal and the origin of their artwork are more important than the artwork itself. The exhibition In Process is guided by this idea. It maps the process of an artwork creation, to put it bluntly, it situates unfinished artworks outside of artists’ studios and inserts them in the premises of the Nitra Gallery. The space of the Youth Gallery in Nitra is an ideal place for the concept. The aim of the exhibition is to link the artworks in progress of all participating artists as if they were in the working environment.

The concept of the exhibition In Process highlights origins of the artworks and attracts the spectators’ attention to the process of creation. The result of the creative process is insignificant and hidden; the artwork is the process itself. The form of presentation needs to be tangible, able to be presented not only verbally or in a written form but also in pictures. The exhibition contains photographs, videos, objects, artifacts, and comments selected by the artists. It documents and records the process of the artwork creation. The selection addresses the viewers both visually and in its content. As it often happens, the documentation of the process of origin remains undisclosed therefore a number of very interesting creative processes last only as legends. The viewers at exhibitions mostly focus on the results of creation – artworks (artifacts) presented in a “polished”, artistic form. The recordings of what later became the artwork, however, are often raw. The creation process, if documented, is recorded roughly, simply, but authentically. The recordings sometimes happen accidentally.

The exhibition, however, makes visible different approaches that the artists have already during the process of creation. The origin of some artworks is deliberately recorded; some of them are recorded in progress and with disruptions. The percipients cannot see any representative artwork at the exhibition, the fact that can be confusing for a layperson. At the same time this approach encourages the viewers to search for results that have been created (the accomplished artworks) or as a case may be are only being created. This situation opens up a possibility to “see through” visual arts that eventually, when dismantled, become more accessible, and playful.

The exhibition In Process displays works and installations of fresh graduates from the Faculty of Visual Arts, Academy of Arts in Banská Bystrica, and current students of the Academy of Fine Arts and Design in Bratislava, and even the Faculty of Dramatic Arts at the Academy of Arts in Banská Bystrica. The curatorial project aims to connect the artworks created in traditional forms such as painting with new digital technologies such as video or documentary film. The final result is therefore an intermedia experiment, similar to the approach of the artists’ individual practices. 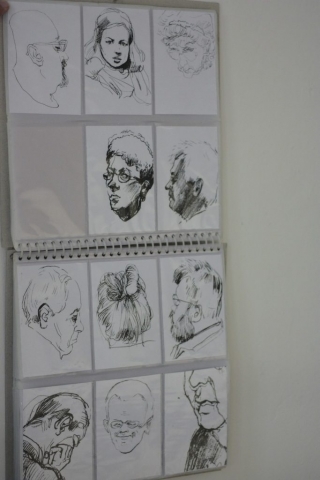 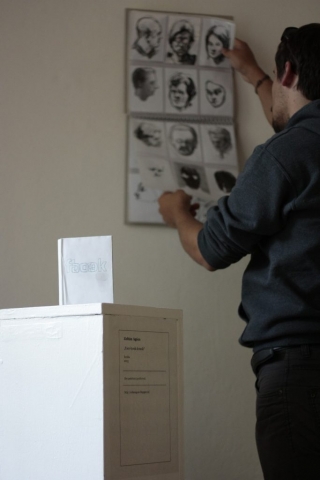 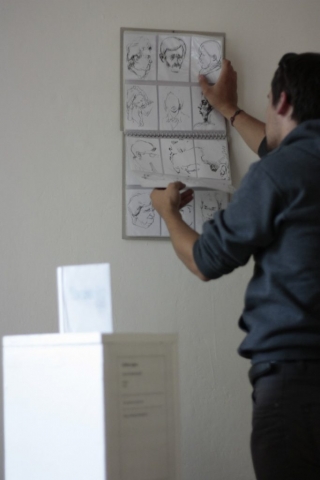 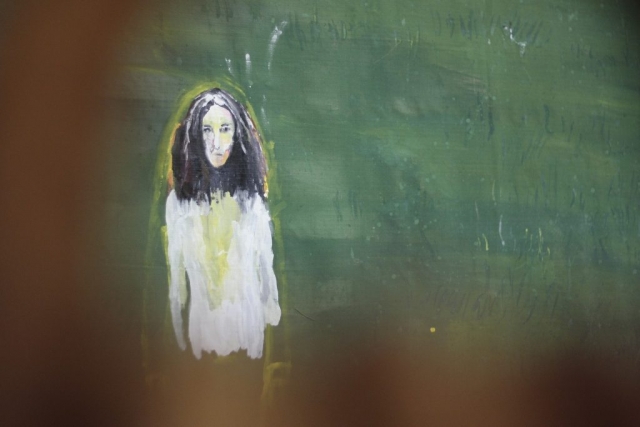 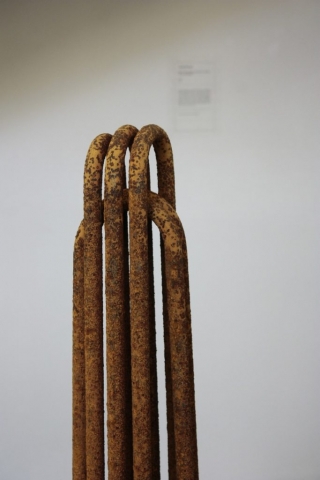 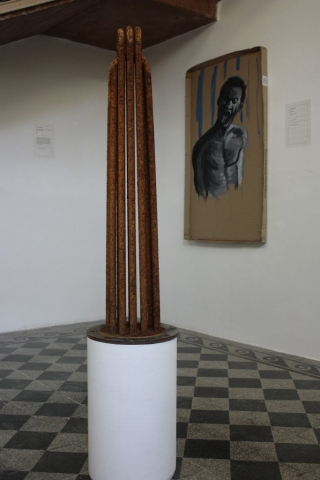 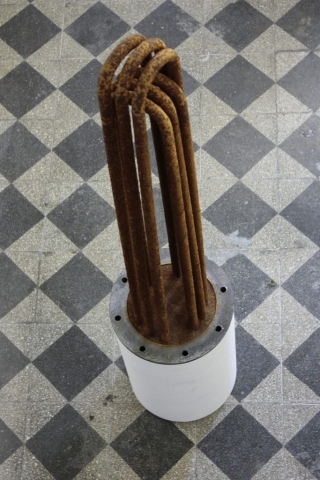 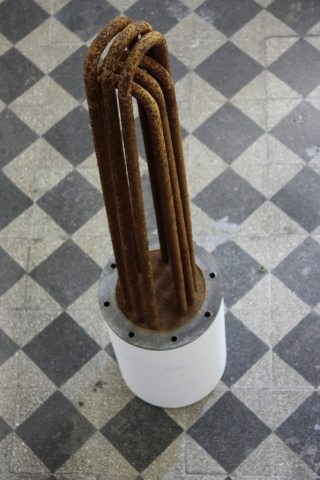 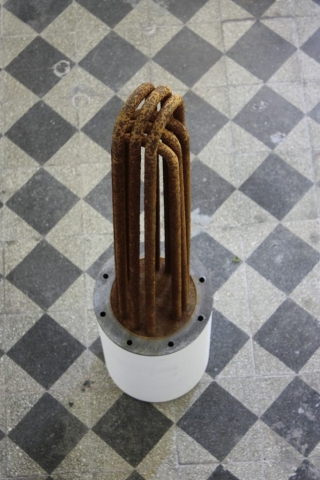 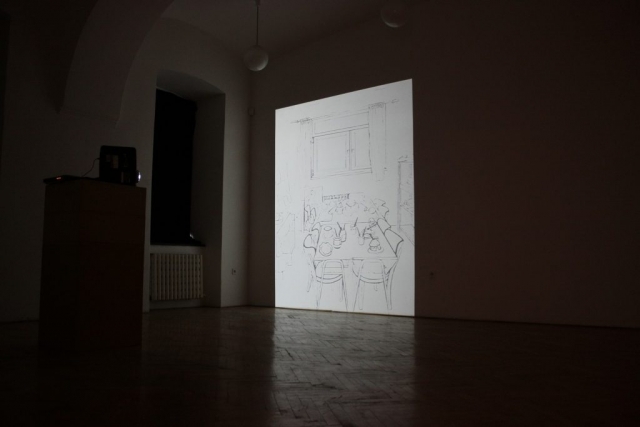 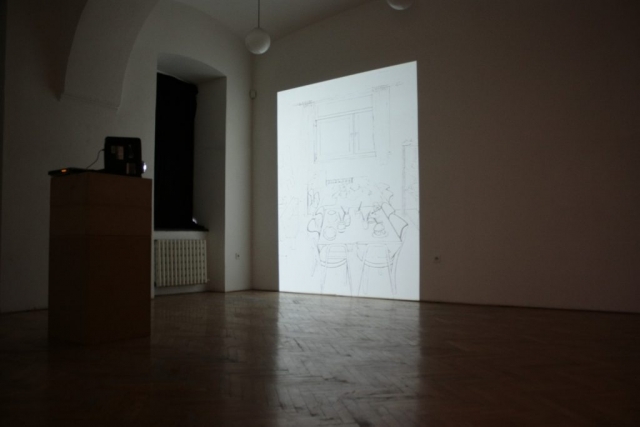 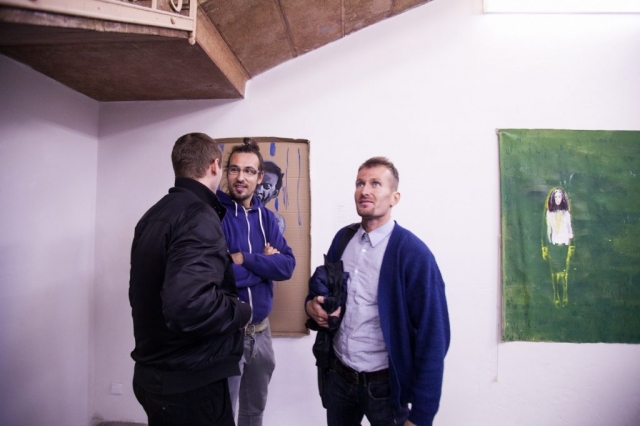 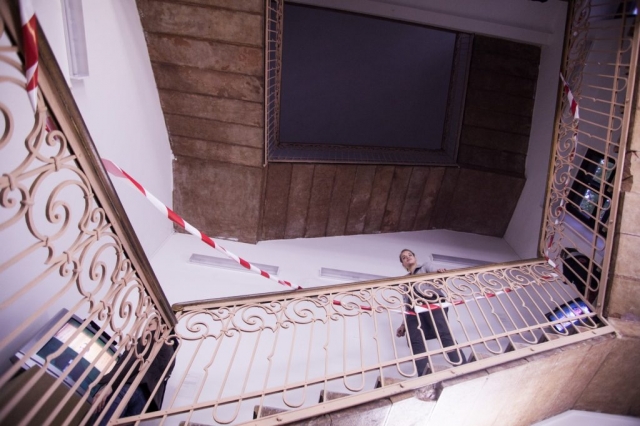 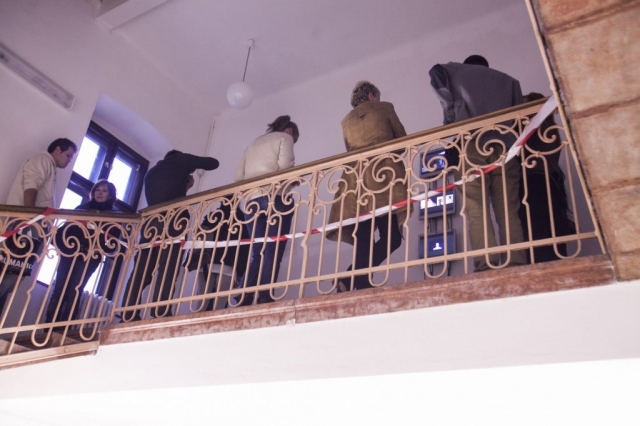 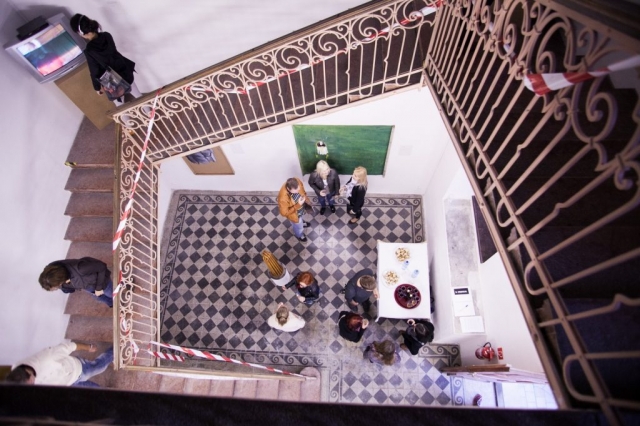 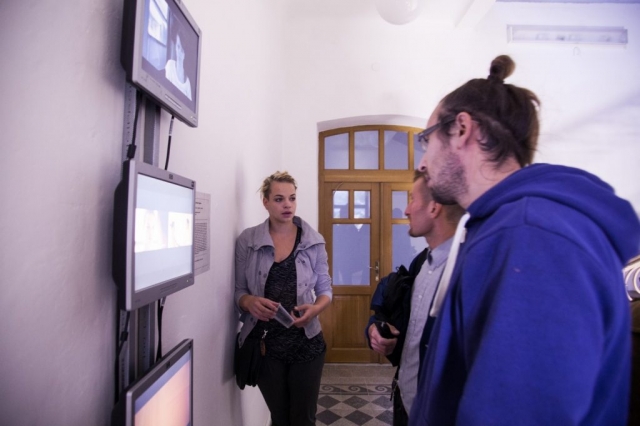 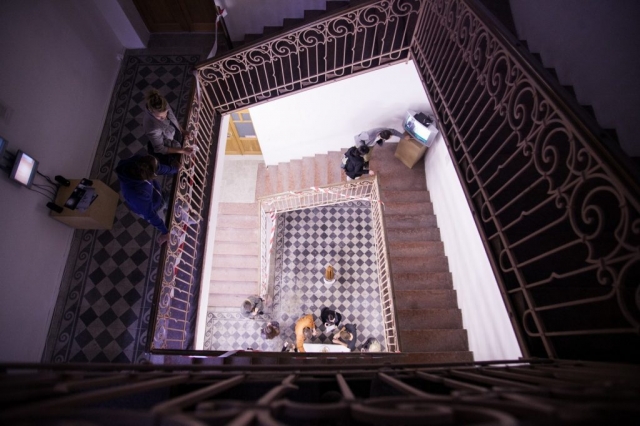 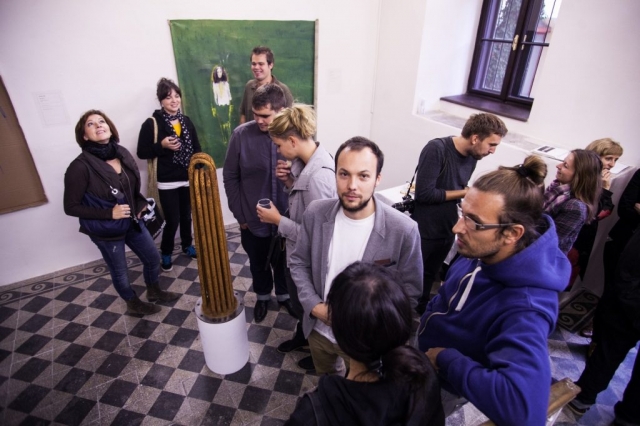 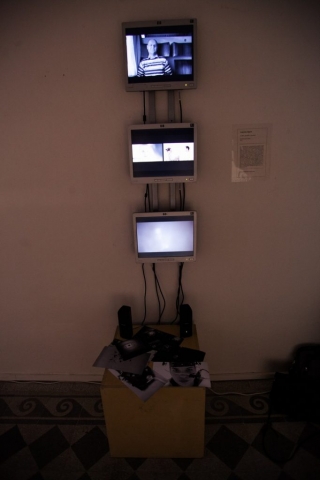 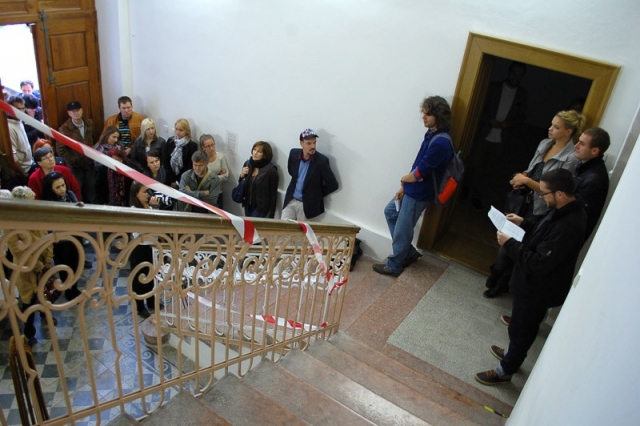 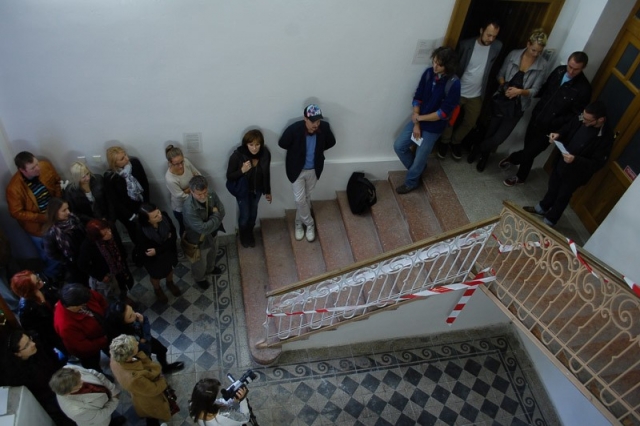 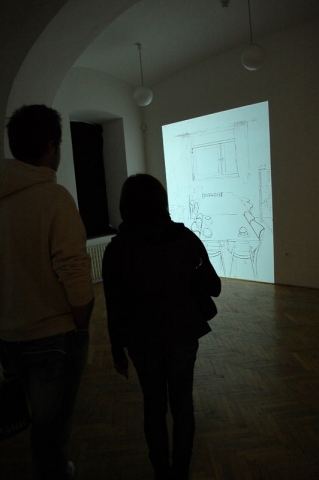 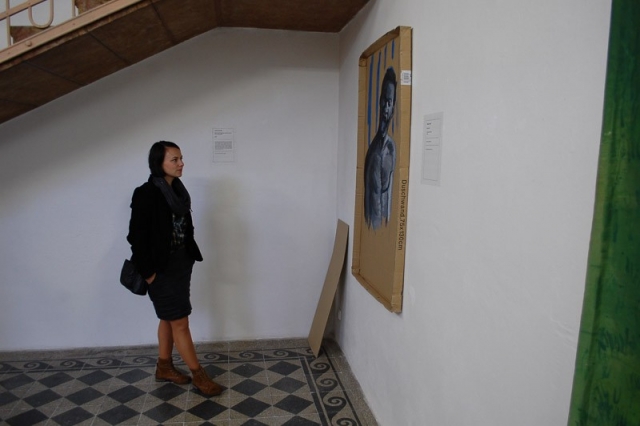 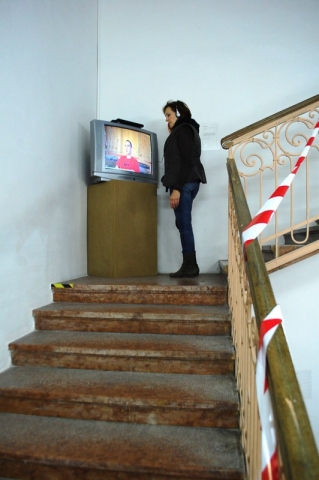 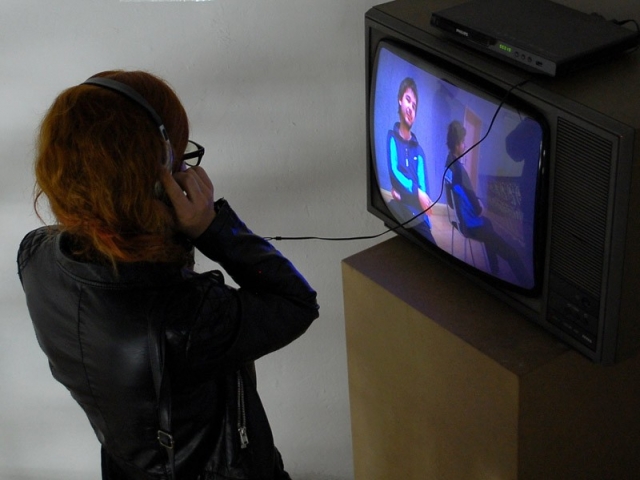 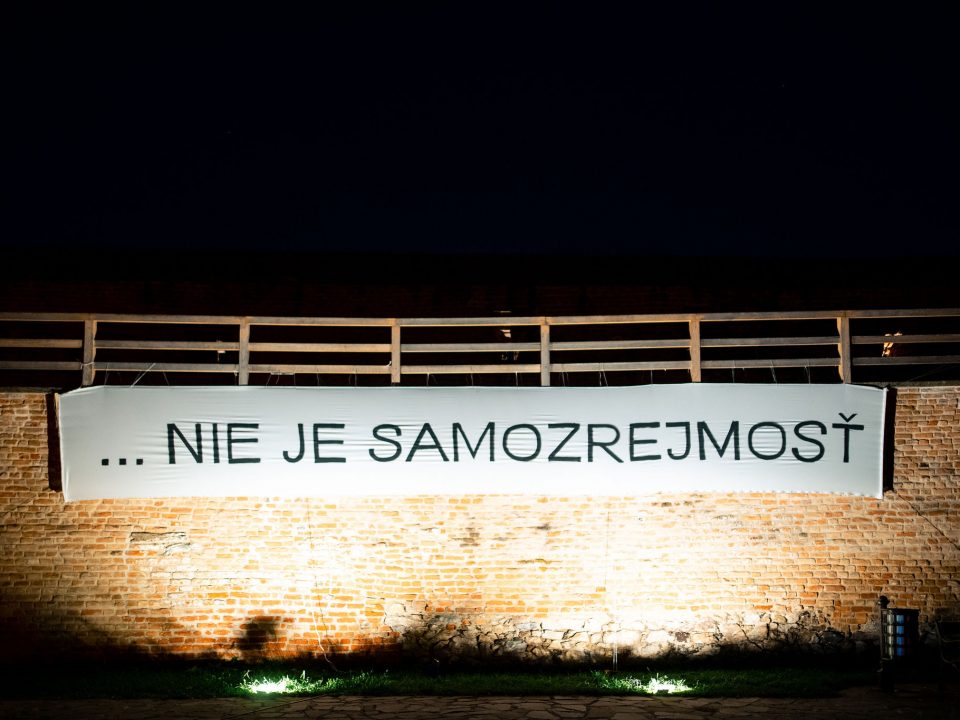 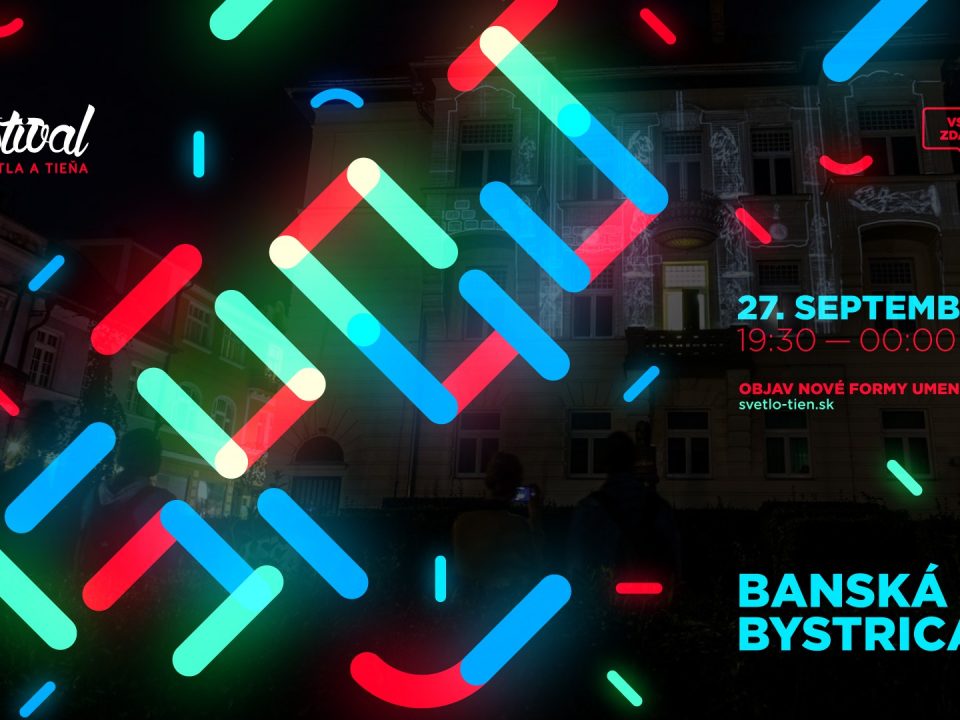 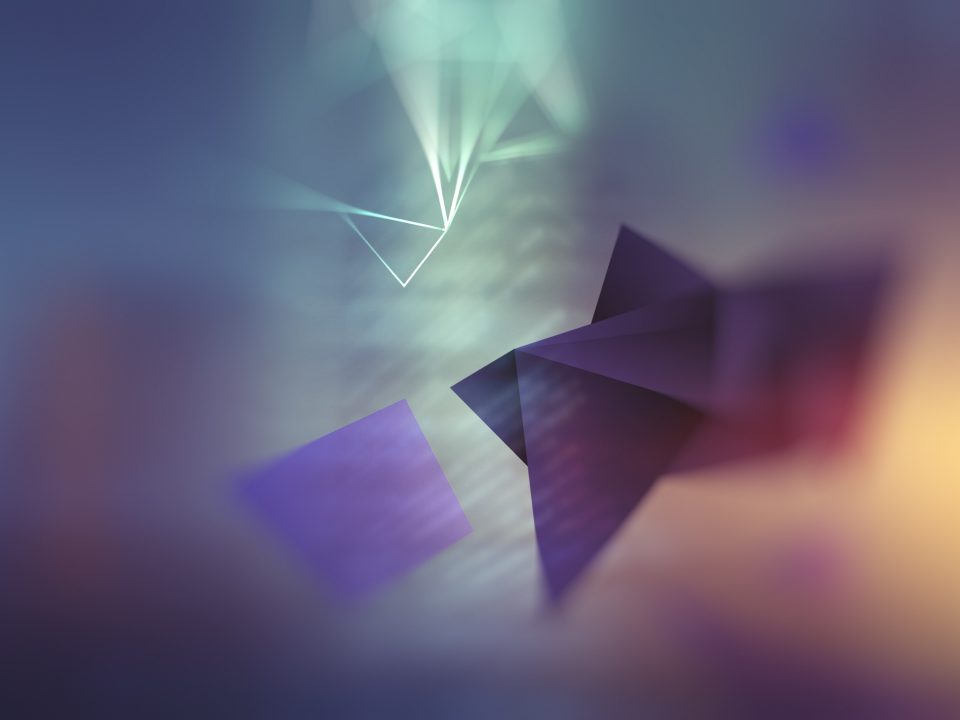